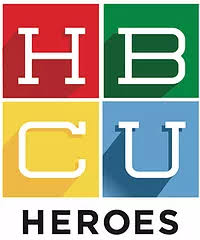 The mission is to empower HBCU students with concrete advice to compete for internships and careers at Verizon Media, its subsidiaries (including AOL, Yahoo News, Yahoo Sports, Yahoo Finance, Yahoo Life & Entertainment, and more), as well as in corporate America. Registration is open to all HBCU students, alumni, and the general public.

After leading North Carolina to an NCAA championship in 1993, Lynch was selected by the Los Angeles Lakers with the 12th overall pick in that year’s NBA draft. He played in the 2000 NBA Finals.

Historically black colleges and universities (HBCUs) are institutions of higher education in the United States that were established before the Civil Rights Act of 1964 with the intention of primarily serving the African-American community. Most of these institutions were founded in the years after the American Civil War and are concentrated in the Southern United States.

HBCUs have a rich legacy of matriculating many leaders in the fields of business, law, science, education, military service, entertainment, art, and sports. This list of alumni includes people such as Martin Luther King Jr., who began his studies at Morehouse College, Oprah Winfrey attended Tennessee State University to pursue a broadcasting career. W. E. B. Du Bois attended Fisk University from 1885 to 1888.

Spike Lee enrolled in Morehouse College, where he made his first student film. He took film courses at Clark Atlanta University and graduated with a BA in mass communication from Morehouse and Astronaut Dr. Ronald McNair graduated from North Carolina A&T State University.