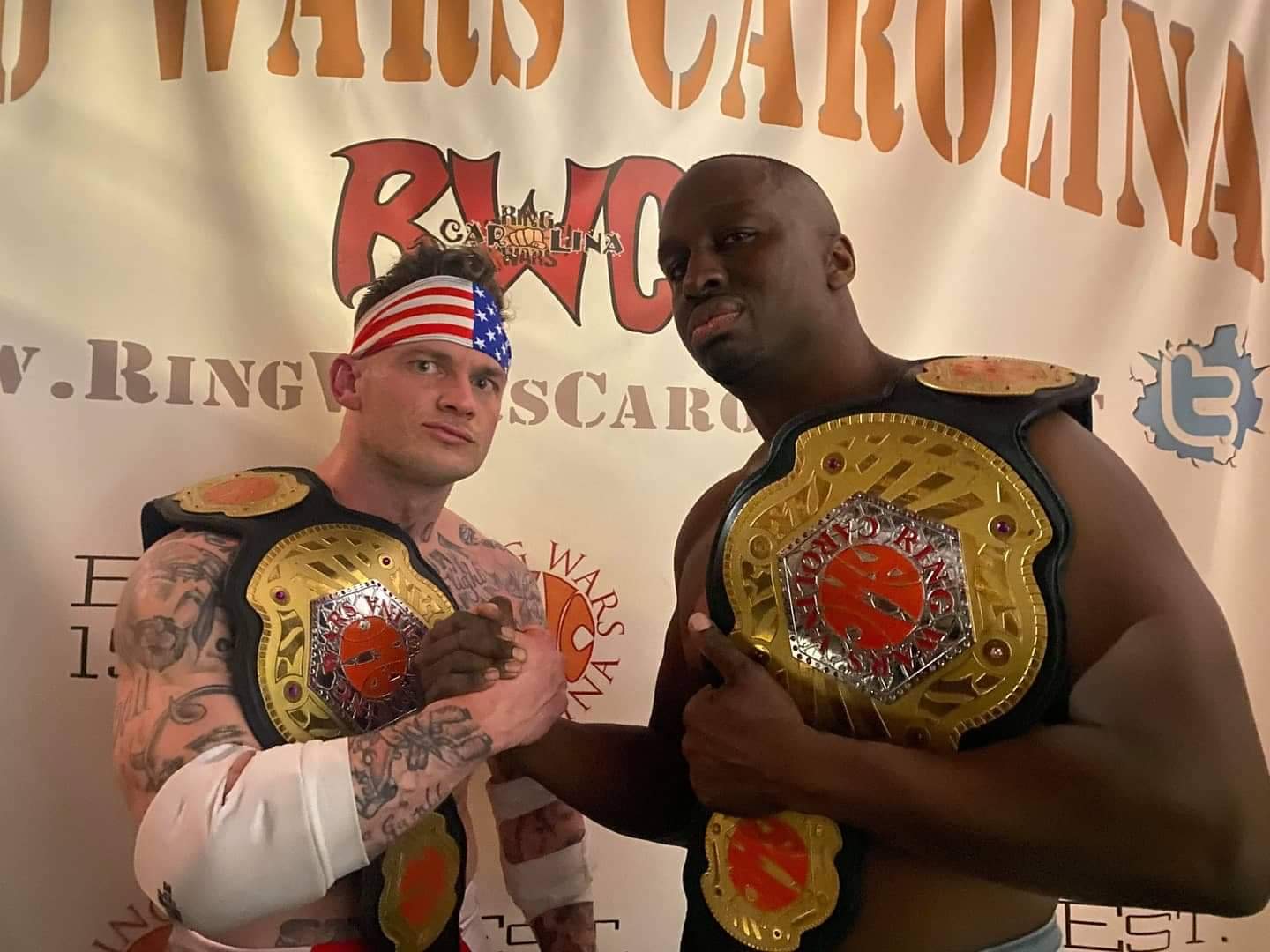 In a stunning victory on April 3rd, the BroForce tag team made up of Greg “G-Moniy” Johnson, and Merton Woolard aka Alpha Ace defeated The Wrustlers to become the New RWC Tag Team Champions. Greg “G-Moniy” Johnson grew up in Fayetteville, NC, and has been a local radio personality for over ten years. G-Moniy is a military brat who has always loved professional wrestling and recently decided to jump into the ring himself and started training to be a professional wrestler. Looking for a new challenge, G-Moniy put in the time and training required to wrestle at the highest level, then partnered with Alpha Ace to create an unstoppable tag team. With his background and popularity in radio, BroForce quickly became fan favorites. In a hard-fought battle on Saturday, April 3rd, at the RWC TV Time Limit showdown, G-Moniy and Alpha Ace took it to the Tag Team Champions The Wrustlers, ultimately defeating them in a battle for the ages.

“For me being a professional wrestler means living life with no regrets. I’ve spent the majority of my adult life in Radio and to go from that success to doing something completely different is challenging and new.” said Greg “G-Moniy” Johnson.

In addition to his radio show on Foxy 99.1 FM 3-7pm, G-Moniy co-hosts the “Smash the Mat” Podcast and is co-owner of Smash City Entertainment.

Ring Wars Carolina (RWC) is an independent professional wrestling company based out of Hope Mills, North Carolina, since 1996, with a focus in the Carolinas since 2002. RWC’s mission is to provide quality entertainment that is fun for the entire family. RWC matches have been featured on Time Warner Cable since 2006 and are currently featured on WTNG Channel 7. RWC matches can be seen on King Network TV available on Roku and Amazon Firestick as well as “The Ring Wars Carolina TV” Youtube.

KCG is back with Summer Rain, another hip-hop hit