A Full Spectrum of NBA Patches 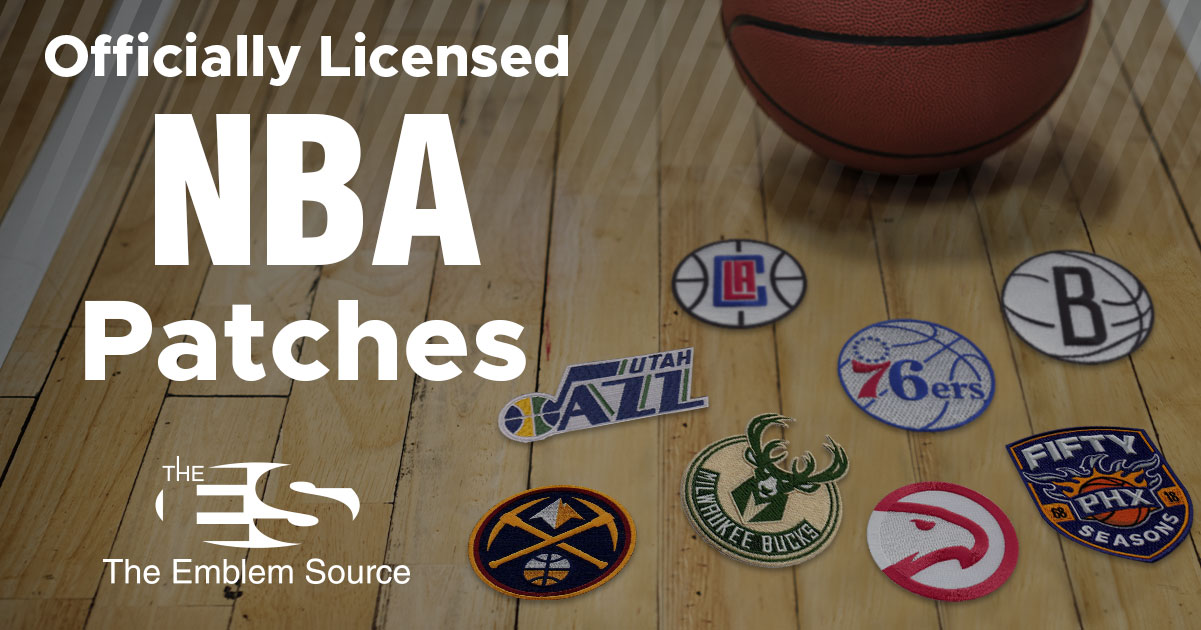 With all the hoopla about non-fungible tokens, or NFTs, selling for thousands or millions of dollars in crypto-currency, one might think the world has now made it impossible to get a hold of favorite team emblems and logos in a format that one can own, show off, frame or even trade easily. Fortunately, that’s not the case. Despite the craziness of the tech field and everything going on in the NFT craze, regular sports fans with common sense can easily get their favorite NBA sports team logo on a high-quality embroidered patch courtesy of The Emblem Source.

A Full Spectrum of NBA Patches

Adding to their collection of multiple team logos, emblems and mascots in major sports leagues like major league baseball, The Emblem Source has now added a full line of NBA team logo patches, as well as special event NBA patches such as, NBA Finals, NBA Champions. All of these images and related patches are fully licensed by the NBA and represent the authentic team logo involved. And the best part for consumers is that none of the patches come with some astronomical price tag that seems to be the case with anything digital.

Ranging from the Los Angeles Lakers to the Chicago Bulls to the Boston Celtics and Philadelphia 76ers, every patch offered by The Emblem Source is crafted and manufactured to a high-quality output standard for durability, image impact, and finish. Many can be seen on The Emblem Source’s Instagram page as well. Consumers of all types and ages will find the product version of these patches are so amazing, they are likely to become immediate collector items, especially if one can collect the entire league in a complete set.

All of The Emblem Source NBA patches come with a full package and NBA-licensed authentication to confirm their genuine manufacturing and approval prior to release to consumers. Unlike many second-hand and faked versions, these patches are fully backed by NBA review in design and scale before release to the public. Not only will basketball fans easily find their favorite team, they are also likely to find some memorable items for a given team’s major accomplishments and banner years. More than one championship team patch is available, with unique details only for that given season.

Additional Leagues and Sports are Available as Well

As noted earlier, The Emblem Source carries embroidered patches and logos for many major sports leagues including Major League Soccer (MLS), Major League Baseball (MLB), the National Basketball Association (NBA), and the college-level NCAA as well. The Emblem Source’s advanced distribution platform continues to grow with choices and additional sports channels, and over the coming months, its sport team logo portfolio is likely to grow again with additional sports leagues as they come online. Again, every one of these patch sets are officially licensed and certified for league fan product authenticity. That’s not a claim many other third-party vendors can make. And, unlike NFTs, embroidered patches won’t get lost to digital hacker or blockchain error. Your team logos and patch collections stay physically safe where you placed them regardless of what happens to the Internet and the NFT fad.

Getting Connected With Updates

With a full description on each item with a real-time photograph for detail review, consumers and fans can find out more about the newest release on NBA team patches by the Emblem Source online. With a full-scale e-commerce platform available on its website, The Emblem Source can handle all types of order sizes, from individual patches to bulk orders and combination sets as well. Given this convenience, there’s really no reason why fans can’t start collecting high quality embroidered patches of their favorite NBA teams today. Fans can find out more as new releases become available via The Emblem Source’s Twitter Feed as well as through their Facebook Page.